To learn more about Mr. Smith as a political candidate and his plans, you may contact our office via phone.

Jason Smith for US Senate is a dependable political candidate dedicated to making the people’s voices heard. Mr. Smith’s political campaign aims to tackle an array of national issues, such as education, social justice, employment, taxes, and women’s rights. To learn more about Mr. Smith as a political candidate and his plans, you may contact our office via phone. 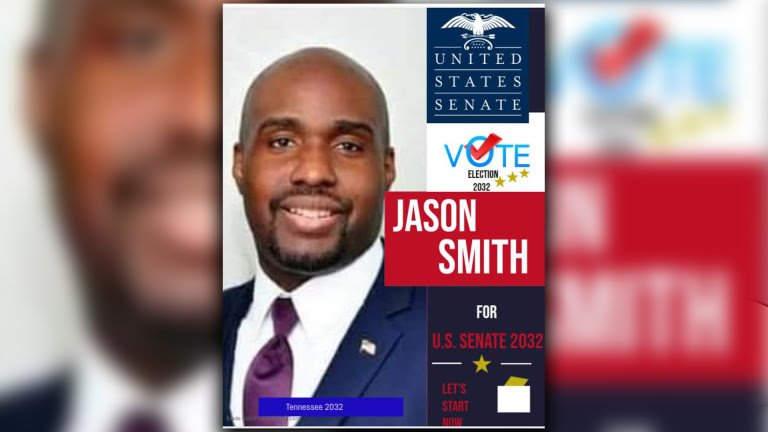 Jason Smith was born in Memphis, Tennessee, he is the father of two beautiful daughters. He attended Melrose High School and Liberty University. He is the oldest of seven other siblings. He is the Majority Owner of Smith Property Group. In 2008 he sold S&A Incorporated for a reported $7.6 million dollars,and he donated 2 percent to multiple charities. He currently has investments in McDonald's, Wingstop and Domino's Pizza Franchises. He served with the AICFC in Decatur, Georgia and the Faith Based Public Education Initiative in Memphis, Tennessee. In 2014, he worked with the Tennessee Department of Corrections to move non violent from prison to halfway houses. In 2017, Smith received the unanimous endorsement of the IAP to run for President of the United States, however he was indicted for Tax Evasion, Money Laundering and Securities Fraud. Because of this, Smith has grown a passion for reforming the Criminal Justice System and the Prison System. Smith has worked in Unicor, a system designed to help inmates gain skills to give them a better opportunity upon release. As of June 8, 2021, Smith's Campaign had raised $10.4 Million in contributions. In 2013, Smith received his first political appointment before deciding not to run for Mayor of Memphis. Smith's goal in the United States Senate is the same as it was in State politics and that's to rehabilitate a torn system. He wants convicted felons to have the right to vote, he want Women to have the right to decide what they want to do with their bodies, he wants free education for all, he wants affordable housing and healthcare, he wants police to be held accountable for unnecessary killings of African Americans, he want politicians as his self to be held accountable for their actions. In 2021, Smith became a practicing Muslim, and believes that the Muslim Americams should have the same rights as all Americans. Smith is a rehabilitated fighter for the people, for convicted felons....for America. Smith asserts, because of his experience with the system, and in the system, that it is time to change the system. As of April 14, 2021, the IRS has Smith worth an estimated $12.6 million dollars, after pleading guilty to federal charges in 2018. Smith has paid his debt to society, including paying $6.1 Million in back taxes. Smith's main focus now is fixing a broken system, so that every American with or without a felony record can make it in America.

Jason Smith for US Senate